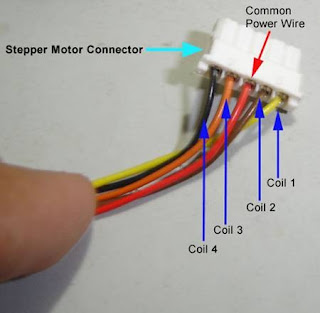 By substituting mechanical instruments for human fingers, robotic tools give surgeons a new way to perform medical procedures with great precision in small spaces. But as the surgeon directs these tools from a computer console, an important component is lost: the sense of touch.

Johns Hopkins researchers are trying to change that by adding such sensations, known as haptic feedback, to medical robotic systems. "Haptic" refers to the sense of touch.

"The surgeons have asked for this kind of feedback," says Allison Okamura, an associate professor of mechanical engineering at Johns Hopkins. "So we're using our understanding of haptic technology to try to give surgeons back the sense of touch that they lose when they use robotic medical tools."

Okamura is a leading researcher in human-machine interaction, particularly involving mechanical devices that convey touch-like sensations to a human operator. In recent years, she has focused on medical applications as a participant in the National Science Foundation Engineering Research Center for Computer-Integrated Surgical Systems and Technology, based at Johns Hopkins. With funding from the National Institutes of Health and the NSF, she has established a collaboration with Intuitive Surgical Inc., maker of the da Vinci robotic system used in many hospitals for heart and prostate operations.

In the da Vinci system, a surgeon sits at a computer console, looks through a three-dimensional video display of the surgery site and moves finger controls that direct the motion of robotic tools inside the patient. Currently, this system does not send haptic feedback to the surgeon to convey what the mechanical tool "feels" inside the body. Okamura's team seeks to add these sensations to the da Vinci and similar machines.

Through the arrangement with Intuitive Surgical, Okamura's lab has acquired da Vinci hardware and software that allow her to conduct experiments toward achieving that goal. For example, the da Vinci's tools can be directed to tie sutures, but if the operator causes the tools to pull too hard, the thread can break. The Johns Hopkins researchers want the human operator to be able to feel resistance when too much force is applied.

"The sense of touch is important to surgeons," Okamura says. "They like to feel what's happening when they're working inside the body. They feel a 'pop' when a needle pokes through tissue. They can feel for calcification. Their sense of touch helps tell them where they are within the body. In robotic procedures and other types of minimally invasive surgery, surgeons insert long tools between their hands and the patient. This approach has definite medical benefits, but for the surgeon, there's a loss of dexterity and haptic information. It's like operating with chopsticks that have grippers on the end."

To address this, Okamura's team is experimenting with several techniques that could give some of those sensations back to the surgeons. One option is to attach to the robotic tools force sensors capable of conveying to the human operator how much force the machine is applying during surgery. Another idea is to create mathematical computer models that represent the moves made by the robotic tools, and then use this data to send haptic feedback to the operator.

Both approaches have advantages and drawbacks. Force sensors may be highly accurate, but they are expensive and would have to be made of sterile, biocompatible materials in order to to be used in medical robots. Computer models could be less expensive but might not respond quickly enough. "I'm exploring both approaches to see which produces the best results," Okamura says. "The most important thing is that the haptic feedback sent to the human operator must feel right because the fingers aren't easily fooled."

While this research continues, Okamura's team has developed an interim system that instead sends "haptic" information to the eyes. When a surgeon is using a robotic tool to tie a suture, for example, a colored circle follows the image of the tool in the visual display, indicating how much force is being using. A red light may signal that too much force is being applied, and the thread is likely to break. Green and yellow lights may indicate that the right amount of force is being used or that the tool is edging toward excessive force.